Last month, I had the pleasure of attending my first Crime Writers’ Association annual conference. Founded 60 years ago, The CWA is a fantastic organisation which supports and promotes the crime genre and helps members with their writing careers. Members range from well-established authors to those just starting out, like me. It’s therefore a highly diverse, meritocratic organisation.

Having secured a two-book publishing deal with Endeavour Media, I feel really honoured to have been accepted as a member, and therefore be invited to events like the annual conference, which this year was held in Lake Windermere, a beautiful part of the country I was previously unfamiliar with, and which has inspired many great authors over time.

What’s especially noteworthy about the conference held from Friday evening through Sunday afternoon, is that it’s a relaxed, sociable occasion, where writers, agents, publishers, bloggers, editors et cetera get together, drink, eat, chat, laugh and learn from each other in an informal setting, and also have the privilege of listening to some fantastic guest speakers on crime/author related topics. 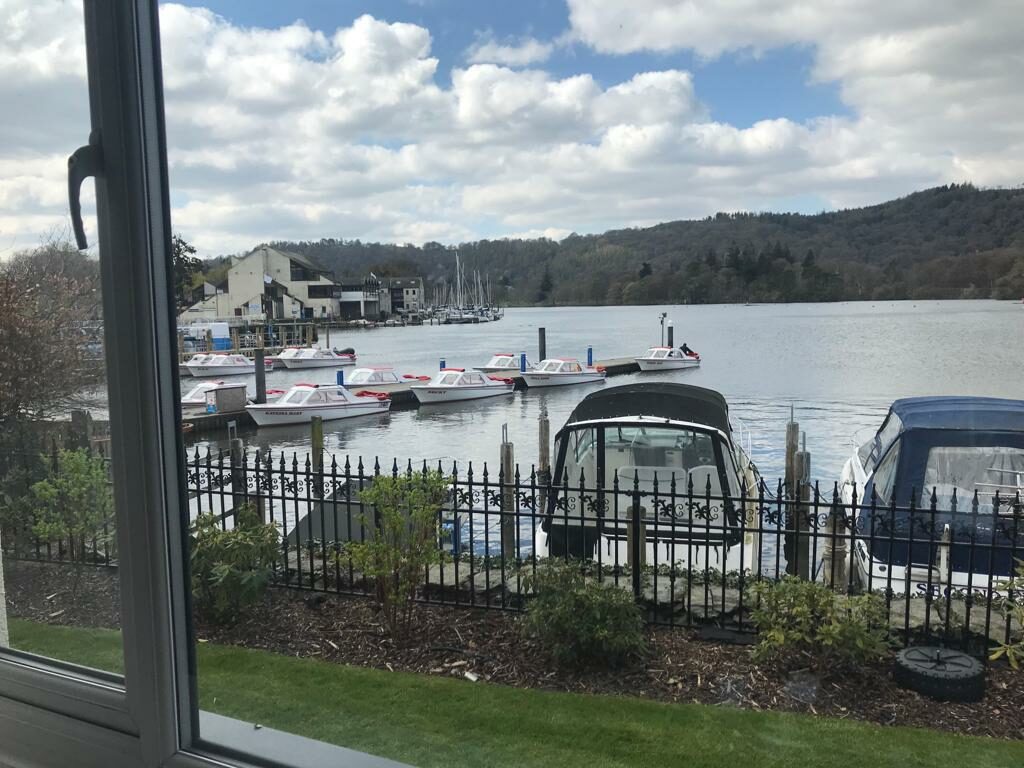 Stunning view of Lake Windermere from my hotel room window 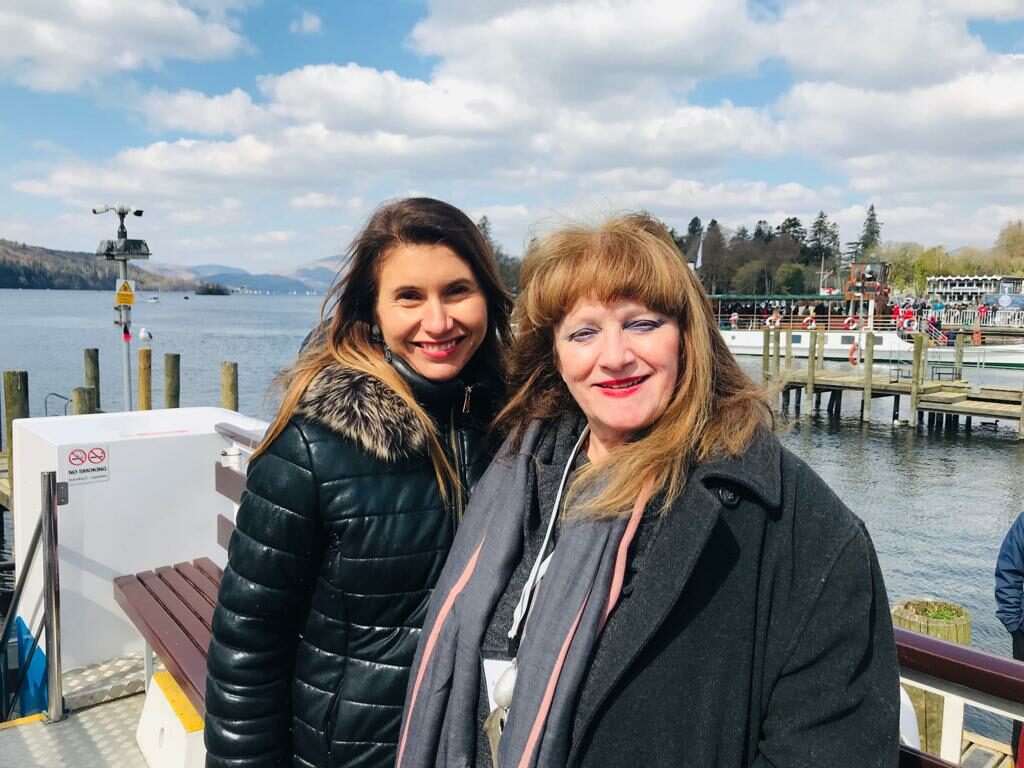 Enjoying a cruise of Lake Windermere with my agent, Annette

I took the train up to Windermere with my agent, Annette, which was lovely and a real bonus as it’s more than a three-hour journey from London, but the time flew by as we chatted about plans for my books and, of course, the upcoming conference. Before we knew it, we’d arrived at our home for two nights, the characterful Macdonald Old England Hotel in Bowness, a small pretty hill town boasting a plethora of quaint shops and cafes, and a tourist hotspot because of its prime location close to the water.

Admittedly, I was a bit nervous that first evening, being new to the scene, but right from the first event, an informal prosecco reception on the Friday evening together with introductory talks by the CWA chair and acclaimed crime writer, Martin Edwards, and former Cumbrian probation officer turned crime author, Mike Craven, on how the Lake District has inspired their work over the years, everyone was so welcoming and friendly, and from then on, I relaxed and felt able to make the most of the event. Luckily the weather was dry, sporadically sunny (!) and not too chilly the entire weekend, something of a miracle really (and a real plus point for a feeble southern girl like me

), and it allowed me to make the most of the stunning view of England’s largest lake which greeted me every morning when I opened my bedroom curtains, the hotel being perched right on its banks.

Friday evening, Annette and I went out for dinner in Bowness with a few other authors, including two fabulous ladies - Jean Briggs and CWA secretary, Dea Parkin - both of whom worked tirelessly to ensure the conference ran seamlessly. On Saturday morning we were treated to three brilliant talks. The first two were by a forensic pathologist and his detective wife, both of whom gave a fascinating, highly entertaining insight into what their jobs entail on a day-to-day basis while using some real-life case study examples, accompanied by several gruesome pictures! Both talks certainly enhanced my awareness and understanding of the subject matter, and I even found myself tweaking my latest book as a result. The general feeling was that we writers do tend to bend the truth a bit to embellish our stories, but the speakers were gracious enough to acknowledge that this was OK provided we don’t veer too far off that mark, and indeed makes for more compelling, page-turning novels! 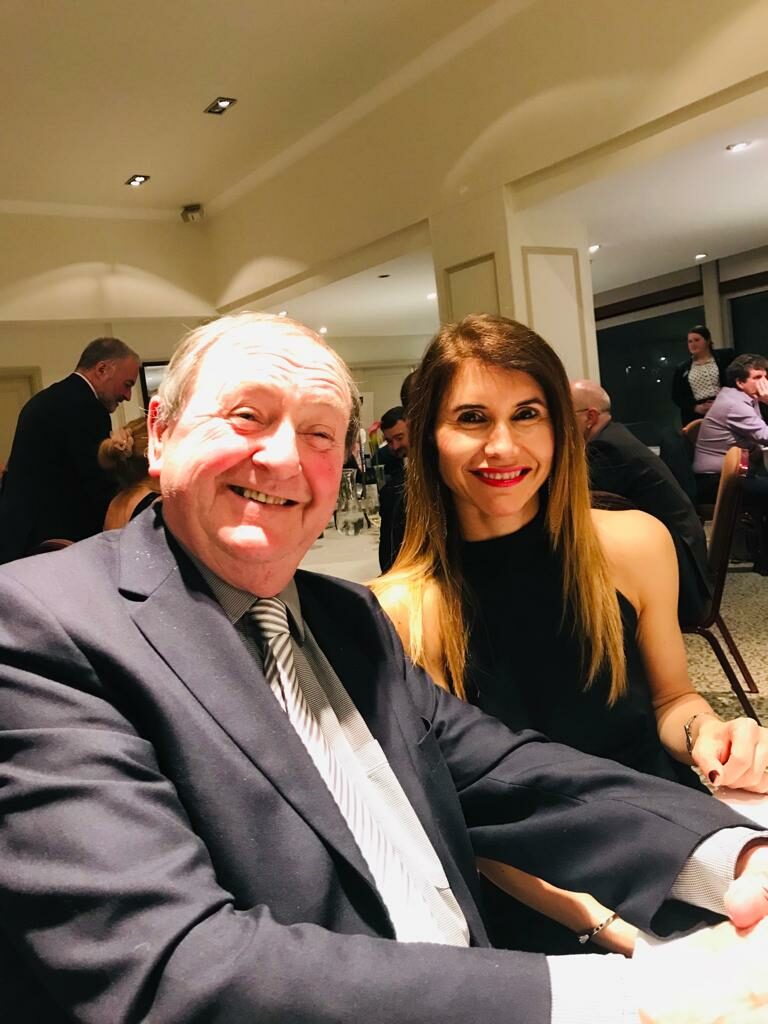 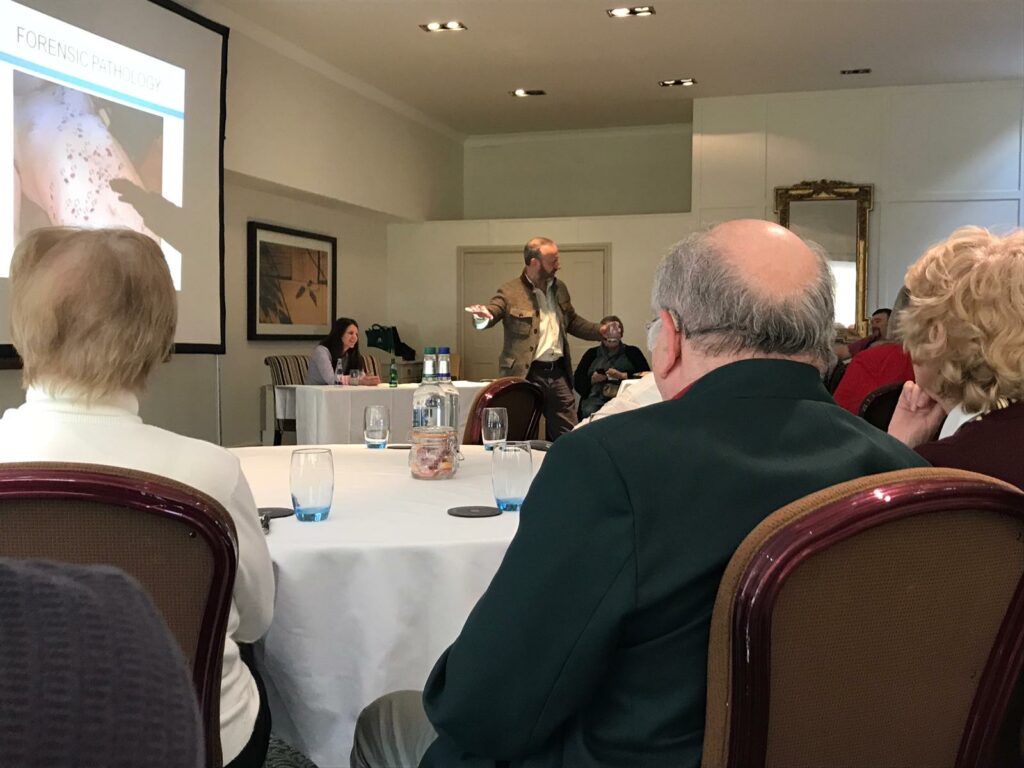 The last talk of the morning was given by the Chair of The Society of Authors, author David Donachie, who I also had the pleasure of sitting with at the gala dinner that evening. Until then, I hadn’t realised how valuable this organisation is, particularly for lesser known writers just starting out, but also for writers at any stage of their career. A trade union of sorts, it offers members unlimited free advice on all aspects of the profession, while campaigning and lobbying on issues that affect authors. I’m pleased to say I am now a member and look forward to making many valuable and lasting connections through this worthwhile organisation.

Saturday afternoon, many of us took the opportunity to go on a cruise of Lake Windermere, kindly arranged by the CWA. A few of us braved the top deck of the specially chartered launch, The Silverholme, for much of the hour and a half round trip, but at least it was dry and calm, and we took in some stunning views along the way. I also met some lovely people as we toured round, and it was another great opportunity to chat and exchange ideas, and fill people in on my forthcoming titles. I’m pleased to say everyone was very encouraging and it was lovely to receive so much support.

The highlight of the weekend was the gala dinner on Saturday night. Everyone dressed up for the occasion and looked very glam, but even so, it was a relaxed evening, with great food and wine, and I felt very lucky to be seated on the table with several venerated authors, including Peter Lovesey and David Donachie, who were both so friendly and positive about my career. The dinner culminated with a highly entertaining talk by the first Police and Crime Commissioner for Cumbria on how he came to hold this position having worked in education for 37 years. I didn’t make it to my bed much before 1am, but that wasn’t because of the wine, it was more because we didn’t stop chatting in the bar until then! 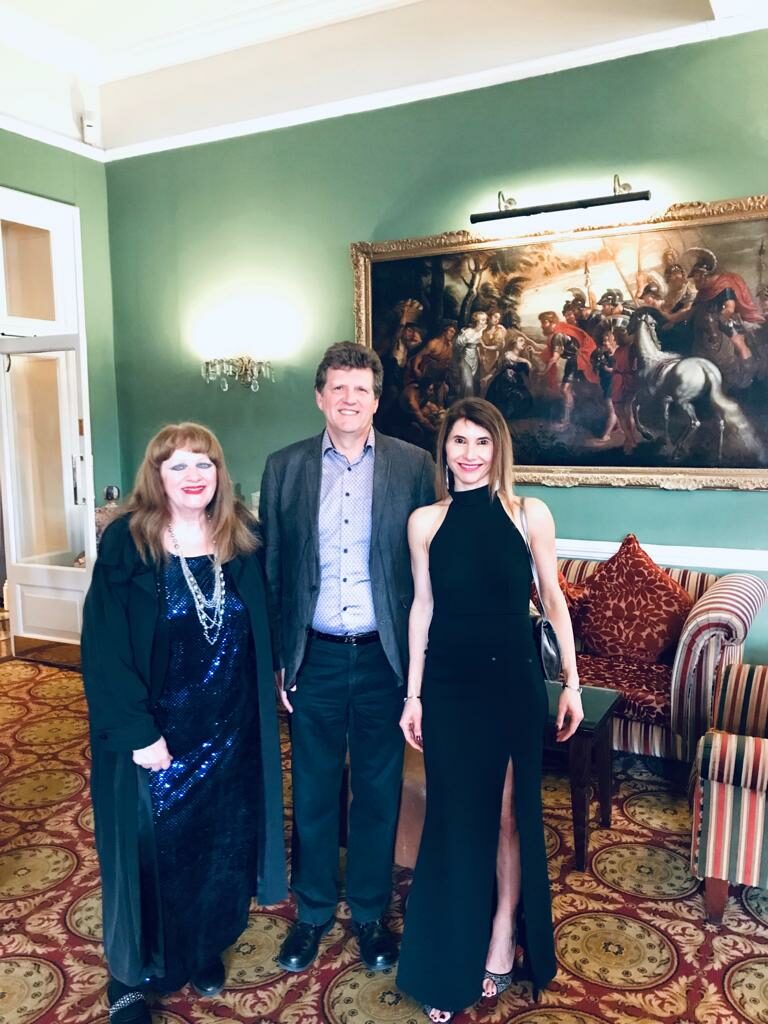 All dressed up for the CWA gala dinner

Following a leisurely breakfast on Sunday morning, the event was rounded off with three more brilliant talks; the first by a retired officer from Lancashire Constabulary who focused on the operations of the major incident room, the second by a criminal barrister who talked about the criminal justice system and debunked many of the myths surrounding those who work in it, and the third by my agent, who spoke about being a literary agent, including the many challenges presented to agents in today’s highly competitive, increasingly choosy publishing industry.

After that, it was back on the train, and back to the hectic, hustle and bustle, and not so clean (!) air of London.

I am so glad I went. We may only have been there two nights, but I felt like I had learned so much in such a short timeframe. Through the event, I met some lovely people, and made many new and valuable contacts who I intend to keep up with via social media and hopefully see again at future CWA events. There was a real sense of community, of wanting to share knowledge amongst members and, for a newbie like me, I felt very fortunate to be able to benefit from such a wealth of expertise. I’ve no doubt that some of the lessons I learned, particularly from those who work among the police day-in, day-out, will benefit my writing and add to its authenticity.

I’m already looking forward to next year’s conference where I’m sure I will meet many more wonderful authors in another inspirational location.

By the way, I realise this post is a bit late in the day, but I have been buried in edits this past month or so and only recently had the chance to come up for air!